Making one. Being one. Settling into and contributing to one.

2011 was a year of transitions. Moving from one state to another, from one company to another (with some consulting in the middle), from a large household of one to a small household of two and a dog. We’ve spent 2011 sorting and adjusting and refiguring and decluttering and building and learning and replacing and budgeting and getting our bearings.

We won’t be buying a house this year, but when we look for our next place, we’ll do it with a better sense of what we really need, where we want to be, and everything Oakland’s neighborhoods have to offer. This time around, Oakland’s not just the affordable option closest to San Francisco that meets the needs we brought with us — it’s a fantastic network of communities with a ferocity and a pride I can get behind. My street address won’t get carved in stone in 2012, but this is where Home will take root, where it will grow. 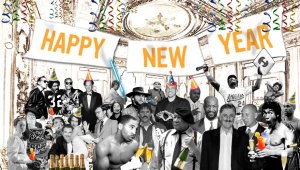 Category: A life less ordinary, Book of Me, Happily ever after, Home