On Thursday, we walked. We walked and walked and walked. Our vague plan was to see if we could get tickets to the symphony at the Opera House, but we’d decided we could live with it, if not. So, once again, we walked from our hotel out to the harbor, via the Royal Botanic Gardens…through which we strolled leisurely.

(This was the day when I realized it didn’t matter at all that I hadn’t run since our first morning there.)

This is a cockatoo. Not in a cage. 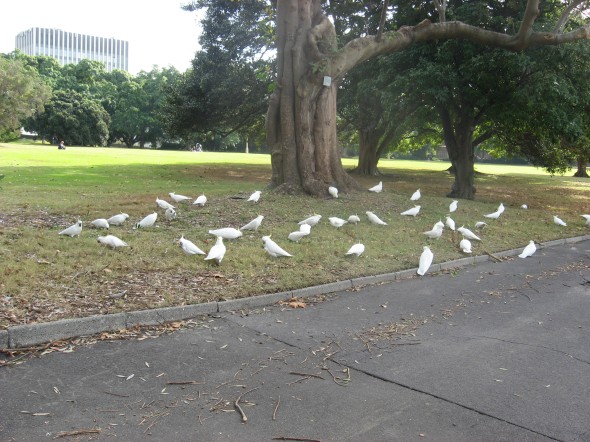 This is a FLOCK of cockatoos. Not. In. Cages.

This is a cockatoo in a tree. Tra la la.

This is Graham, waiting patiently for me to STOP TAKING PICTURES OF BIRDS ALREADY.

This is another cockatoo close-up, because I'm a stinker that way.

I have memories of cockatoos from my youth. To see them flying around untethered had a powerful effect on me. And GAWD, it’s not like I was wasting film. Nyah. 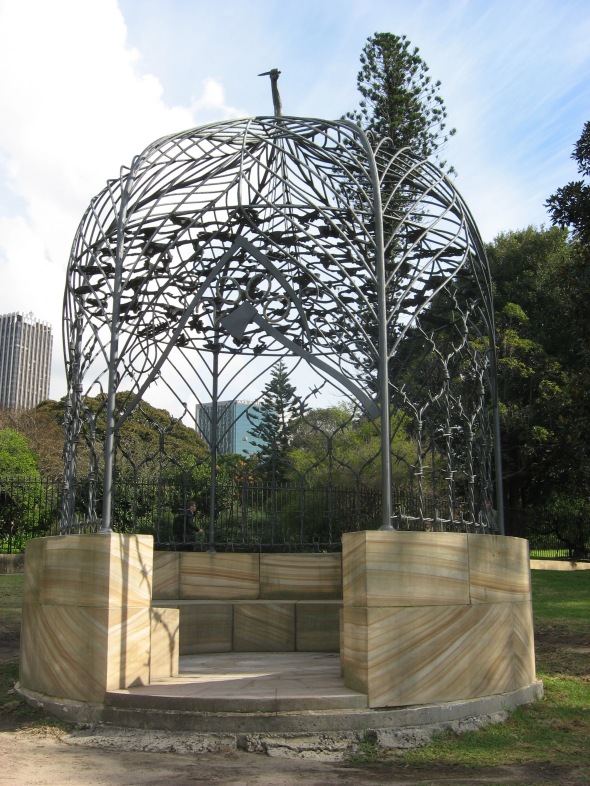 It's also a little like a birdcage, no? But there were no cockatoos in it.

The view from the cheap seats: Sydney Symphony, tuning up for Mahler's Fifth.

After the symphony, we shopped for the souvenirs we’d need for the folks back home. Boomerangs for brothers, postcards for parents…that sort of thing. We got a little ripped off, but later decided it’s not a vacation in a different country if you don’t get ripped off at least once (and the cab drivers were scrupulously fair).

That’s our story, and we’re sticking to it.

This night, we tried like crazy to find some ‘roo burgers and hoofed it all around the harbor, but still came up empty. In the end, back to the pub across the street we went. Spaghetti bolognese all ’round, with beverages. 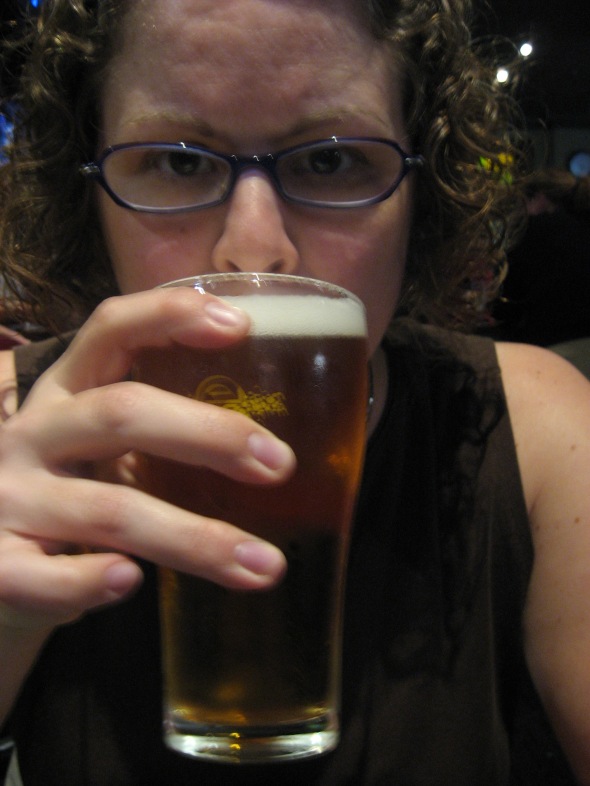 We had a mini-reunion in the pub. A couple of nights back, we’d chatted with an older British couple from Birmingham, Colin and Audrey. Pensioners, they called themselves. As we got to know them, another British couple joined us. They were from Newcastle, and he reminded me of my uncle Butch with a different accent and a much younger wife (no offense, Joy). They were full of laughs and out for an adventure, whereas Colin and Audrey were more…looking for gifts for their grandkids. Colin and Audrey, that first night, told us they found it easier to understand our accents than the ones from Newcastle.

This night, we all wound up in the same place again! There was exclaiming! And backslapping! And inappropriate questions about when that nice young man and I plan to have children!

It really was lovely.

Next up: Our last day in Oz and the most gorgeous views of the trip.